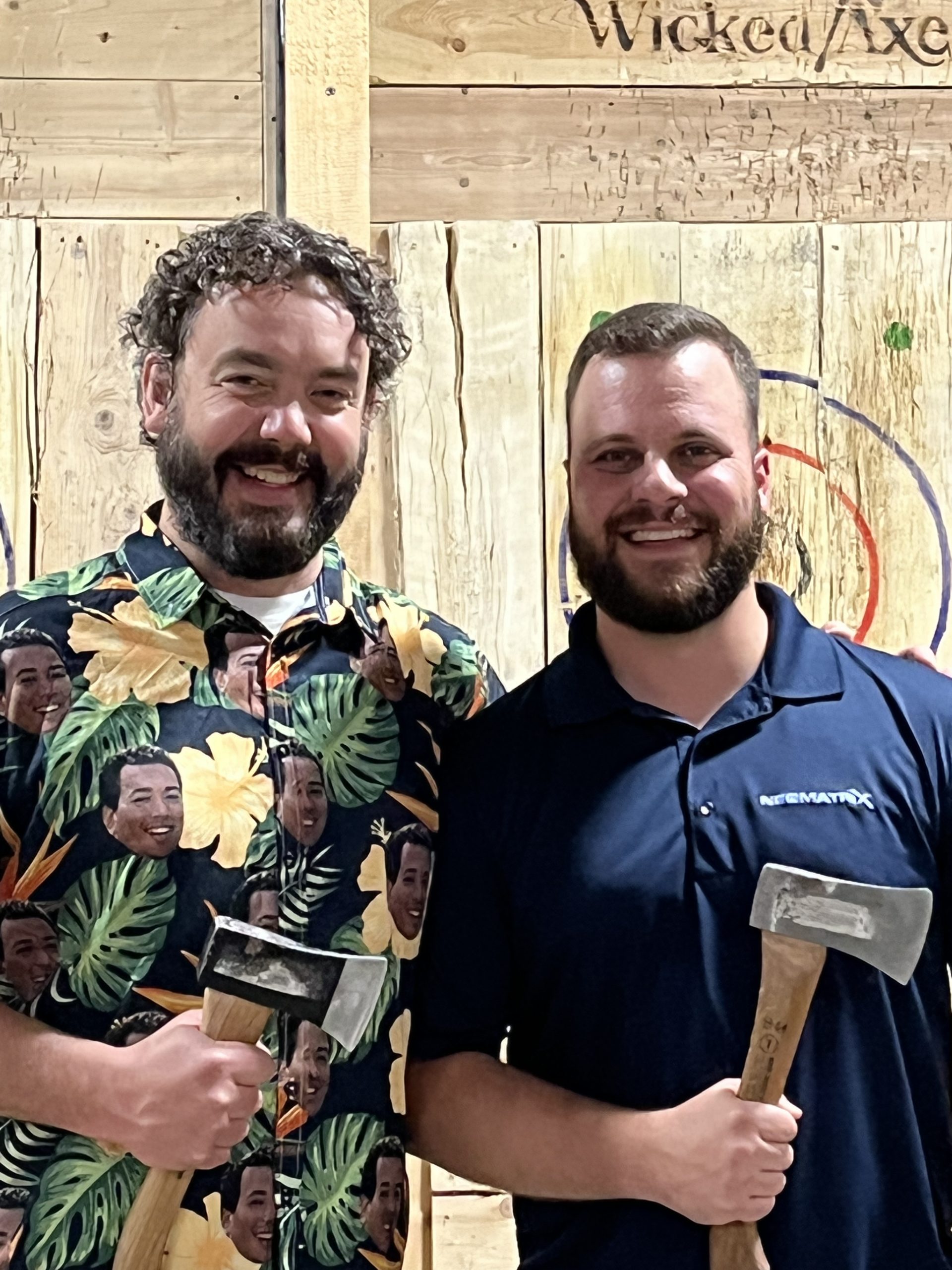 It is important for a company to demonstrate their core values, and this quarter we proved that the NeoMatrix team knows how to embody our “have fun” core value. This June, NeoMatrix booked a private event at Wicked Axe in Haverhill, MA where we enjoyed a fun, friendly axe-throwing competition.

We started the night with axe-throwing lessons where the instructors worked with us 2-at-a-time and taught us one-handed and two-handed throwing techniques. After our practice rounds, we broke off into two brackets and the tournament was underway.

Some of us really shined, Sol Winternitz our Operations Coordinator was even asked to join a league, while others struggled a bit. We cheered for the underdogs, did some friendly heckling, and laughed a lot especially at the shirt an employee wore featuring the face of a fellow coworker — which fun fact was given out at another company event.

We took a short break for some food and a company huddle and went over the state of the company. During this time, we even did quick core value quiz where we picked employees’ names out of a jar and asked them, one by one, to name one of our 5 core values without repeating any. I’m proud to say we went 5 for 5, and all 5 employees picked named a NeoMatrix core value.

Then it was back to the competition, which was now weeded down to the top contenders. There were some close matches and some folks even hitting the “clutch.” It was an impressive display of axe-throwing ability, but time was running out and there were still 2 people left, Andy DeChirico, Engineer Manager, and Alex Donnell, VP of Operations. With time running out, we opted for a one throw winner takes all match. In the end there could only be one NeoMatrix axe-throwing champion and that champion was Alex.

Congratulations Alex and thank you to all our employees who came out to make this a great night of drinks and friendly competition!